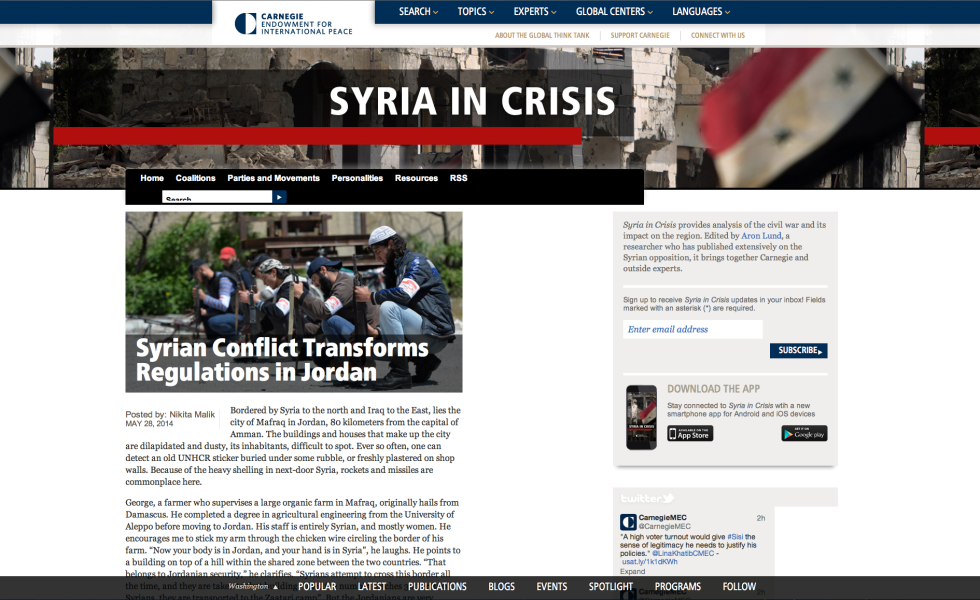 For Jordanian forces, the careful monitoring of shared borders remains a necessary externality resulting from the Syrian civil war, writes Nikita Malik for the Carnegie Endowment for International Peace.  The main threat of manning the 370-kilometer Jordanian-Syrian border lies in identifying suspected jihadist sympathizers and terrorists.

Jordan’s lower house of parliament recently passed amendments to its 2006 anti-terror bill, providing the state the power to detain and try citizens suspected of affiliation with terrorist groups. The amendments of the bill have been controversial, however.